Woman traveller (on a motorbike) in Iran 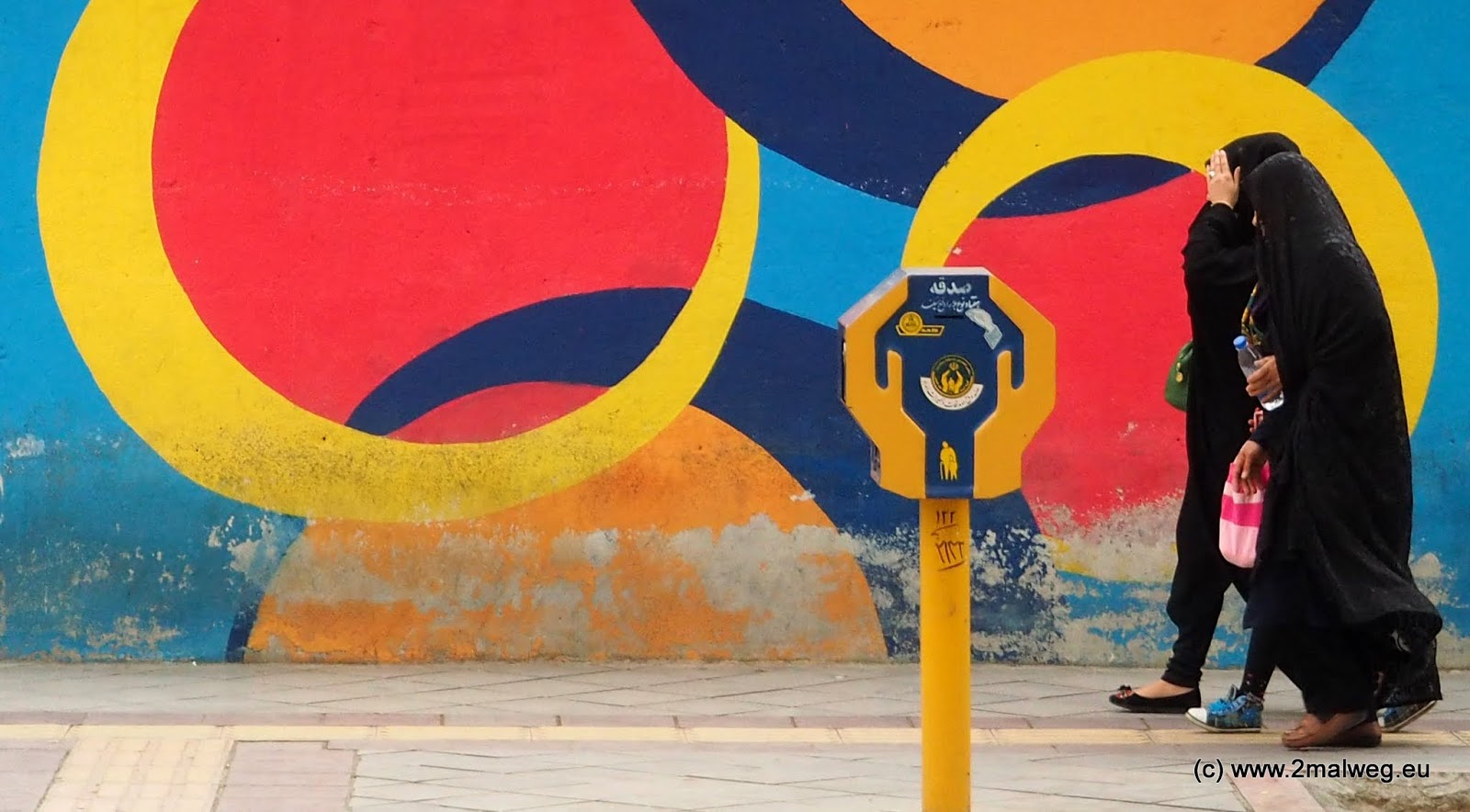 Before my spouse and I did our road trip to Iran in summer 2014 we were not too sure how things would be like there, especially considering that we were both travelling on our own motorbikes. Sure there are more couples who did a smiliar road trip to Iran, but I never seemed to have been able to get good and comprehensive information on the actual dress code for women in Iran and similar. Therefore I want to share my personal experience with other travellers.

It is said on various sites online as well as in guide books that women travellers in Iran have to wear a veil/headscarf and a loose long shirt with long sleeves; generally baggy clothes in neutral colours are the advice.

This in mind, I went shopping in Van, Turkey, our last stop before entering into Iran. Other than expected, in this small town in the far east of Turkey, it was very hard to find any long shirt with long sleeves that would come anywhere close to meeting the Iranian requirement. I finally settled for 2 unfortunately ugly shirts (one with flower print), that just had to do the job until I'd find otherwise in Iran. As for the veil, no problem to get such in Turkey; interestingly enough, in Eastern Turkey women will mostly wear an underscarf/bonnet cap underneath their hijab (headscarf) in order to avoid their hairline to show.

Dressed like this I immediately felt totally outclassed by all local women in our first city, Urmia. All women seemed to be looking me up and down in my flowery shirt and my cargo pants and probably they now are thinking that this is just the way german woman dress.

I soon learned that Iranian women don't actually wear a loose long shirt with long sleeves, but more appropiately wear a manteau, an overcoat over their elsewise normal attire. This manteau is usually a fashionable knee long overcoat with long sleeves and can be buttoned down at the front. Virtually all women in Urmia wore such manteau over leggings or some tight fitting jeans and looked just great with this. As to the veils, these are often extremely loose fitting on the heads of the women, who are also using a good amount of make up to look good.

As for shoes, it is totally acceptable to wear sandals without socks in Iran. Also here, you as a 'backpacker' type tourist will be outclassed by the Iranian ladies, who seem to love to wear high heels all day long.

For sure the style of dressing changes drastically when you compare more rural areas to the bigger cities. You'll find more conservatively dressed women in rural areas as well as further in the south and east of the country.

My spouse and I had it all worked out before leaving: we'd just tell everyone that we're married in order not to run into any problems when checking into a room in a hostel or hotel.
The fact is: nobody ever asked us if we were married. Nobody even seemed to care when we were sharing our room with our (male) travel companion whom we'd met in Turkey. The storyline would've been that he's my uncle, but also that small lie wasn't necessary.
My theory to this is that the european women have already got such bad reputation that such details don't matter anymore.

Interaction with the opposite sex (men!):

Generally you will not be approached by Iranian men, out of respect for yourself and for your husband. Also it's unusual for a woman to approach an unkown man. Again, you'll realize that in bigger cities things are not necessarily that strict anymore. We were always wondering how this whole system would work for taxi drivers, as we were seeing many women taking taxis in the cities without being accompanied by men. Still in order not to offend anyone, my advice is not to actively address men or offer a handshake to a man.

It happened to me once in a rural area that a man approached the three of us (still wearing our helmets) and offered handshakes to all of us; I accepted, but when the man realized I was a woman he apparently felt very awkward about this and I immediately felt sorry and even somewhat guilty for having offended him who was not aware at that time that I was a woman. But unless you too are planning on doing a motorbike tour, this probably won't happen to you.

Riding a motorbike - as a women:

This is not a problem at all; I've read in some blog of another woman who had to wear some kind of skirt over her motorbike pants, but this I did not see anything of during our trip. For sure, Iranian women do not ride motorbikes (they are not allowed to, or as one Iranian man put it: it's too dangerous for them); also big motorbikes as ours are officially illegal in Iran (not for tourists). Therefore we've always been an attraction when coming into a town. Usually it were men gathering around us to talk to us etc. But once I took my helmet off, also woman would approach, apparently happy to also have someone to talk to. Many pictures were taken of our bikes, of me and other women around my bike, etc. 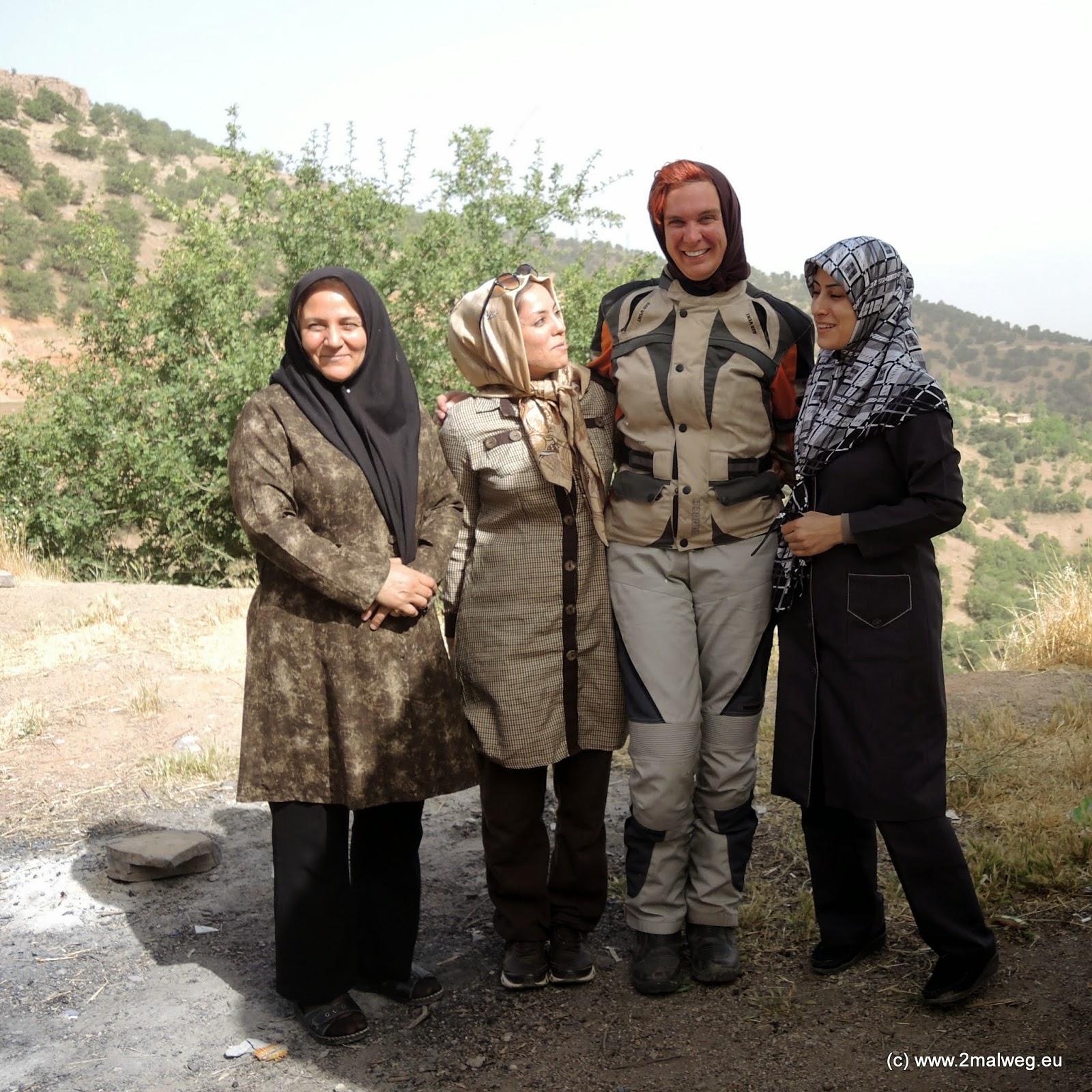 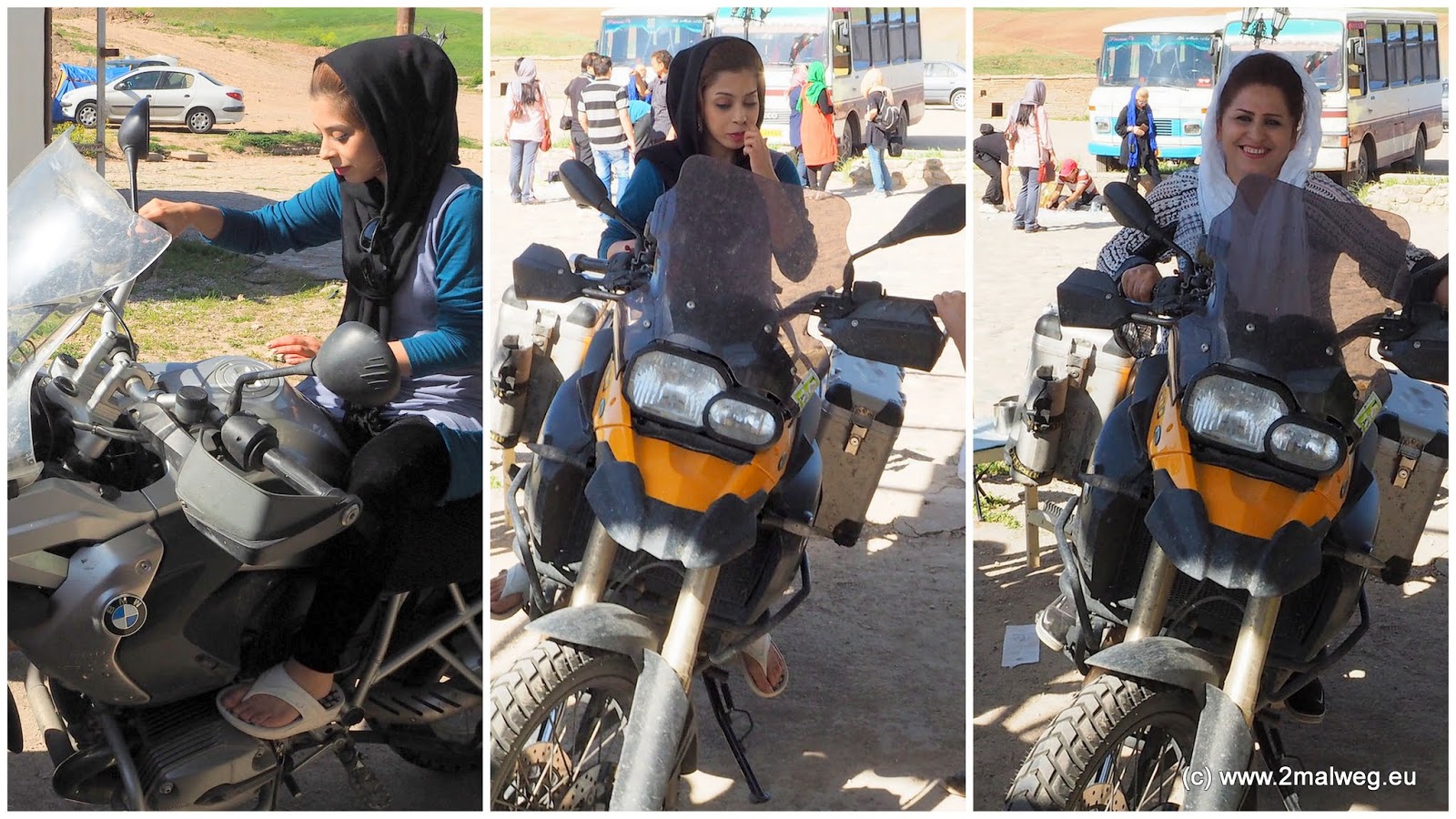 To come straight to the point: I don't know if you need a photo with headscarf or not for your visa application.

I included in my application a photograph wearing a headscarf. I really don't know if this was necessary or not, but considering that sometimes visa applications are rejected without you ever knowing why, I did not want to risk that the photograph could've been the reason.

In order to minimize the risk of your application being rejected and because it's really not a problem to get a photo taken of you wearing some kind of headscarf, I recommend to do so!
___________________
blogged by Zenzi39 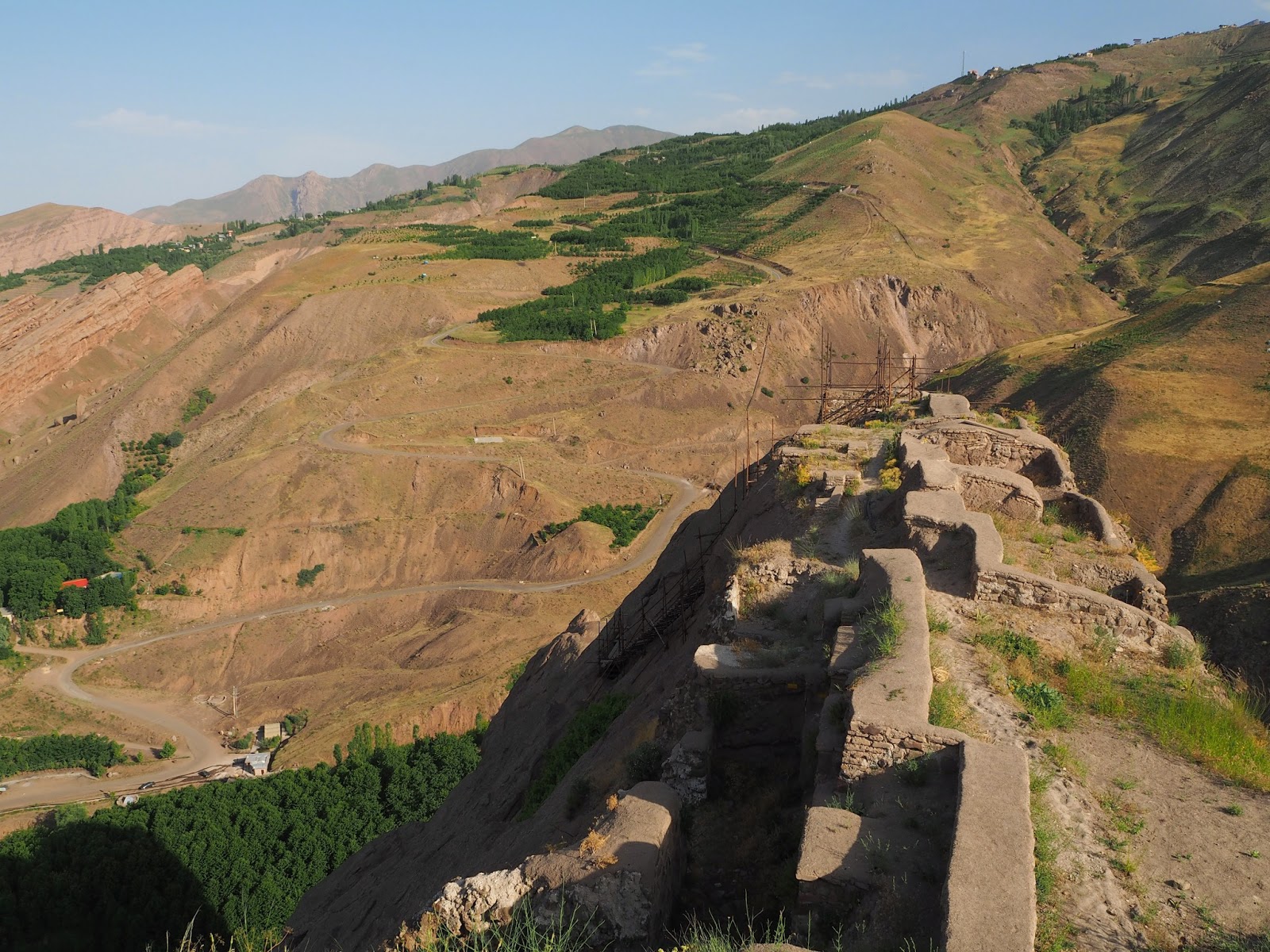 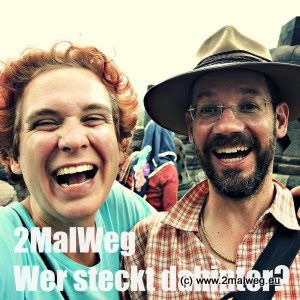